“I have worked for DoubleDave’s on and off since 2011 when Bastrop first opened, I was actually the first employee hired. I took a break to go do other things, as soon as I got done, DoubleDave’s was my first place to come back to since 2015.”

The other things you went off to do; was that the Army?

“Yes, I spent a few years in the military from 2012 to 2015 as a military police. It was a great experience, I got to meet a lot of people I never would’ve met in the outside world, so it gave me a better perspective and understanding of people’s backgrounds. I’d do it all over again if I could.”

Why don’t you go back to the Army?

“I enjoy my freedom. The military is great, and I really enjoyed the structure and everything about it. But I never got to see my family and a lot of things happened when I was gone that I couldn’t be there for. When a situation does arise, I can be there now, unlike when I was stationed off somewhere else. I spent most of my time stationed in Fort Bliss, El Paso.”

Why’d you come back to DoubleDave’s?

“When I needed a job, I knew Nate and Amy (owners of Anderson Mill, Bastrop, Cedar Park, and Round Rock) would welcome me back with open arms, I left on good terms.”

What’s been your favorite Pizza of the Month?

“Well, my favorites have been the pretty simple ones like the Spicy Meatball and the Bacon Mac & Cheese. I’m pretty plain Jane when it comes to pizza. I’m a man of simple taste.”

Best experience with a customer?

“Down in Bastrop, there was a couple by the name of Logan and Amanda, who were really cool people and I’d talk to them whenever they came in to eat. One day they came in with an envelope and said, “You’re really awesome and we’d like to invite you to our wedding.”

Did you go to the wedding?

“I did, it was fun! I didn’t know anybody except for the bride and groom but I had a really good time.”

Where do you see yourself in 5 years?

“In 5 years that’s a good question, at the moment, I’m just trying to support myself and work. I used to work 2 different jobs 7 days a week, now I have this job where I work a little over 40 hours a week, but with 2 days off. My last 2 jobs would be 40 hours Monday-Friday and then 25-30 hours on the weekend. But, I possibly see myself still with DoubleDave’s, I love the company, I’ve always liked the company. I like the staff, I get along really well with Nate and Amy, and if they still want me to run the store, I will. I almost have my associate's in nursing, so I might hop back on that, I’m not quite sure, I’m just going to see what time will tell. For right now, I want to live comfortably, pay my bills, and play with my dog.”

“The atmosphere. I really enjoy being around the customers. Everybody that walks in here has a great attitude, even if someone is having a bad day, they order a pizza and a beer, and they leave smiling. I enjoy working with my staff, I have not had a single problem with anyone here. It’s a laid back atmosphere where everyone can be themselves. That’s how I want people to be; be who you are, work, and everyone will get along.”

So, you’ve worked at more locations than Anderson Mill, right?

“Yes, I started at Bastrop, worked at Round Rock, and now I’m here.”

“Oh my goodness, wow, that’s a tough question, I can’t even tell you the last time I saw a movie. This one caught me for a loop, can we can come back to this question?”

“Not everything will go perfectly all the time. Try not to stress. Have fun doing your job, and enjoy it. I’ve worked with many people and a lot of them say this is the best job they’ve ever had. Relax, work, have fun and you’ll enjoy your time here.”

What did you want to be when growing up?

“It changed a few times. Every kid wants to be an astronaut. My dad has 4 boys and 1 girl, he wanted his sons to be a pilot, a cowboy, a fire fighter, and someone to join the military. I joined the Army and my sister is in the Navy. I really don’t know what I want to do. I was teaching for a while, and I would tell my students you have your entire like to figure it out what you want to do. I grew up deciding I wanted to help people anyway I can, whether its at DoubleDave’s making people happy, serving in the military, or going to school and finish nursing. As long as I can help people, I’m fine.”

What did you teach?

“I was contracted out by the schools and was a music teacher. I taught music at one high school and taught theater at another.”

“Yes, I’ve lived a very eventful life for someone my age.”

“Normally it would be sleeping. But now I spend my time at Zilker Park with my new dog, River, playing fetch or hanging out at Yard Bar. She’s a rescue dog, she does well with other dogs and people. She’s very curious. The first night she laid on the floor, I picked her up and put her on the bed and now she lays right in the center, I have no room to sleep, it’s her bed now. She’s an Australian cattle dog mix, but I think she’s part Dutch Shepard. Whenever I adopted her, I didn’t know she was shy and timid, I wasn’t paying attention to her and when she dropped her toy at my feet that’s when I knew she was the dog for me. She’s a sweetheart and I love that dog to death. I’ve only had her a short time, but she’s glued to my hip.”

“Very first thing I would do is, pay off my car and pay rent for like, 5 years so I wouldn’t have to worry about it. I really want to travel more, I’ve been to places here in the states, but I want to spend time in Japan, Asia… I want to see the world.”

“I take a vacation once a year for my birthday, I go camping at Big Bend for 5 days by myself. Away from people and the hoopla. Now I have a camping and hiking buddy.”

What is your favorite thing to do in the wonderful city of Austin?

“I spend a lot of time paddle boarding along Lady Bird Lake taking in the sights, it’s fun! If I can’t sleep at night I go to Epoch Coffee and read a book while drinking coffee and watch the sun come up.”

“ZZ Top, it’s probably still my most favorite concert. My dad told me a really elaborate story that I didn’t believe a single word of until the concert. He told me when he was a kid, Billy Gibbons’ mother was my grandparent’s neighbor, and he was throwing rocks over the fence and broke Billy Gibbons’ windshield of his new Mercedes. Whenever we got to the concert, he wrote a note saying “hey, this happened on this day”, made a paper airplane and threw it on the stage. Billy Gibbons had us go backstage and meet ZZ Top and my dad was finally able to apologize for that.”

“I enjoy listening to the 80’s. My taste in music is typically not what everyone would enjoy, I’m into the whole rock and metal scene. My favorite band, Karnivool, is from Australia. I like anything progressive, but when I’m at work I jam the 80’s, it has my heart, as much as I don’t want to admit it.”

“I was born in Austin, I was a military brat and spent most of my time in San Antonio, then moved to Bastrop and now I’m back in Austin. It’s by far the best place I’ve ever lived.”

Can we go back to the movie star question now?

“I’d say Hugh Jackman. I think he’d do a good job with my life. It’d be an action-packed comedy.”

"I enjoy my job, I like what I do, I like the people that I get to meet every day. I’ve always been able to diffuse situations so hopefully you guys at the office haven’t gotten too many complaints about me." (No, Josh, we never have!) 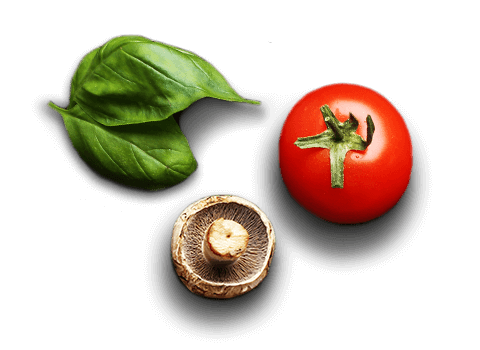